Children living in the slums of Chittagong, Bangladesh. Children often work because poverty drives them to support themselves and their families. Photograph: Don McPhee. Image source:The Guardian.

How does this affect you as a consumer of leather goods? Whenever you buy a leather purse or jacket from Danier Leather or another leather retailer, you reinforce the harmful conditions that child workers in Bangladesh must abide by. This is a huge problem that affects everyone because young and innocent lives are lost every day due to the toxic contamination of tanneries.

After reading this article, I hope you hink twice before buying leather items and stop wearing them completely. Stop wearing leather, it kills!

Who Are the Child Workers in Tanneries?

Every day these child workders are exposed to toxic chemicals in tanneries producing leather goods that are exported across the world. If you don’t think that tanneries are harming children, think again, and watch this video.

Courtesy of Vice News, let’s take a closer look at day in the life of a 17-year old former tannery worker. He is now bed-ridden and slowly dying from working at a tannery since he was a kid. (Warning: contains graphic images of toxic effects on parts of the body)

Imagine if you worked in a poorly ventilated room, standing in a knee-full tub of toxic chemicals for 12 hours a day? You probably wouldn’t feel well when you came home.

However, these harsh conditions are what thousands of Bangladeshi locals go through every day. This is the ‘day job’ they do to earn small wages, that are barely enough to feed their own families. Yet, the world continues to consume leather products that Bangladeshi tanneries mass produce.

So, before you think about purchasing a spring leather jacket, I suggest you consider the short-term health problems child workers experience working in tanneries. These include:

As you can see, the short-term effects are alarming. Children should never be exposed to harmful chemicals. That’s why we have labels on household items  and keep them out of the reach of children. So why should we continue to allow children in Bangladesh to work in tanneries, when we know they are exposed to these harmful chemicals every day?

Cause of death in Bangladesh (Figure 2)

Saida, a tannery worker, in her home in the Indian city of Kanpur. She is one of many workers and locals who suffer from serious skin conditions, believed to have been brought about by having contact with toxic waste water from local tanneries. Image by Sean Gallagher. India, 2013. Image credit: Pulitzercenter

As posted earlier by Vice News, we saw what happened to the 17-year old tannery worker. Without medication, he could die. Here are several long-term effects of toxic and chemical exposure that child workers experience while working in tanneries:

As you can see from the chart Cause of Death in Bangladesh (Figure 2), the long-term effects of working in tanneries line-up with the causes of death. 24% died of cardiovascular diseases, 15% died of respiratory diseases, and 5% died of poisoning. In other words, working at tanneries has killed individuals in Bangladesh.

How Tanneries Affect the Water System

Not only have child workers complained that tanneries do not provide any protective equipment while denying any wrongdoing, but huge amounts of chemicals often flow from the tanneries into the open gutters of the Hazaribagh streets and then into Dhaka’s main river – the Buriganga. This problem has a rippling effect. Not only are child workers being exposed to cocktails of dangerous chemicals, the local communities do not have an adequate water supply due to contamination.

All those living near tanneries are suffering in one way, shape, or form. According to Human Rights Watch, “[w]hile other factors may play some part in these illnesses, the extent of documented tannery pollution, the results of interviews with residents, and the findings of studies showing a higher prevalence of these illnesses in Hazaribagh compared to neighborhoods with similar socio-economic characteristics, strongly suggest a causal relationship between tannery pollution and poor community health.”

Here is a video that shows the harmful effects tanneries have in Bangladesh: Toxic Tanneries

It’s a fact that 2 million cows are slaughtered for leather goods in Bangladesh each year. They are then skinned and cut by the child workers themselves in the tanneries. Singer Leona Lewis has long supported ending this situation and has cooperated with PETA to spread awareness about the harmful effects of tanneries on animals, children, and the environment.
To see where your leather shoes comes from, watch this video. As is stated, if consumers were to walk down the path of a slaughter house, you wouldn’t be wearing leather shoes. Watch this video of Leona Lewis explaining why leather is hell for animals and children.

What Are Other Risks?

We’ve already discussed the health and community problems people in Bangladesh face when exposed to tanneries. However, there are other risks as well. These include: 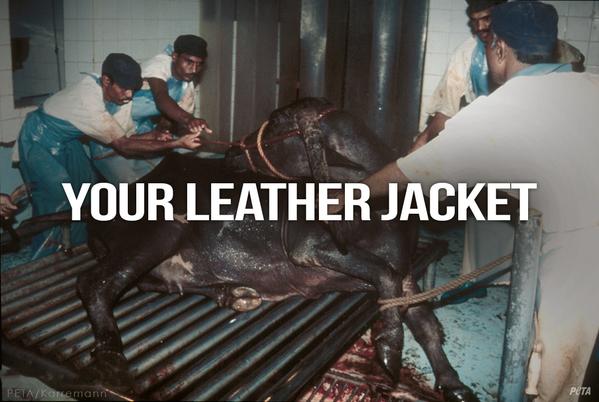 When corporations and retailers take responsibility for their actions, corporate accountability becomes awareness that all lives do matter. It doesn’t matter if the child lives in a developing country. Every child deserves to live a happy life filled with education, proper nutrition, and fair employment opportunities.

Major fashion retailers are feeling pressure due to awareness being raised by organizations such as Trusted Clothes and other similar ethical clothing organizations who work toward spreading awareness in society. Finally, many of them are taking responsibility for their actions and cutting down on child labor, but there is still a long way to go.

Many supply chains and major retailers are working to end child labour. To do so, they have been focusing on gaining full understanding of their manufacturing process. We can think of it as one long assembly line that crosses from the boardroom down to the second tier suppliers and then working themselves down to the manufacturing sites in South Asia and South East Asia.

This is huge for retailers to implement into their companies, though sadly there aren’t many big retailers implementing it. Think about that 8-year-old child in Bangladesh making a leather purse that you use once a year to attend a fancy party. However, there are a rising number of eco-friendly and sustainable retailers jumping on the bandwagon that produce all of their garments under Fair Trade Initiatives.

Some key responsibilities are:

What Can You Do?

If you’re a fashion lover and consumer, there’s A LOT you can do to help end child labour in tanneries in Bangladesh, South Asia and around the world.

Change starts with you and don’t think that it doesn’t affect you just because you don’t live in these countries. Let’s explore some ways you can help. Watch this video on “How to Avoid Supporting Child Labor” to start that ball rolling.

Since spring is coming up, why not clean out your closet and assess everything you have in your wardrobe to determine if it is made using child labour. By checking the label tags on each item, you’ll get a better idea as to what it is made from and who made it.

So if that leather jacket says “Made in Bangladesh”,  you may want to consider getingt rid of it or not wearing it anymore. Same goes for all leather shoes, boots, belts, and accessories. If it says “Made in India” or any other country employing child labour, it may be time to toss it out.

I know it’s tempting to shop at the clearance rack at H&M and Old Navy, especially when each store flashes big signs that say “50% off everything!” But if you take a look at all those items on the clearance rack, many are made using child labor. So, even if that H&M shirt costs $5, think about what kind of struggles that child had to go through in order to make that $5 shirt. It’s not worth it.

If you simply can’t stop wearing leather, why not switch to vegan leather? It’s sustainable and looks and feels similar to leather, yet it’s eco-friendly and made with love! For several popular vegan fashion retailers for men and women, check out Who Says Vegan Fashion is Boring?

Looking for a new winter jacket? If you shop now, Vaute is offering $75 off when you enter code: STAYWARM.

If you’re like me and you love collecting handbags, then feast your eyes on these awesome and stylish collections of vegan leather bags by Matt and Nat and Hipsters For Sisters. And the prices are very affordable!

For those of you who have a shoe fetish, these vegan shoe collections are so neat you won’t be able to resist! Check out Vegan Shoes…For Vegan Feet . You’ll love Olsen Haus’s collection of Star Wars print pumps. But you have to buy them now because they’re only available for a limited time!

Cancel leather out of your life and add cork

You don’t need leather in your life because there are ton of cool options to choose from like pleather and cork. Check out Vegans Bring Pleather’s Sexy Back  and you’ll be impressed with how many cool vegan retailers such as Rok Cork and Ivana Trump  are jumping on the cork band wagon.

Tell your friends and family

Change begins by simply telling your friends, colleagues, and family members about the harmful effects of child labour. You can get the word out there! You’d be surprised how many people aren’t aware of the harsh conditions.

Do you have an opinion or story you want to share about leather consumption and the problems in Bangladesh or elsewhere? Or do you just want to get involved for a few hours a week or month? At Trusted Clothes, we are accepting volunteers from all over the world to support our cause against the harsh treatment of children in Bangladesh and parts of South East Asia and in support of ethical fashion generally.

In sum, stop buying leather. Cows are slaughtered and child workers are suffering at great lengths in Bangladesh and elsewhere, all just to work in tanneries that harm the environment and their very workers.

Next week, I’ll be taking a closer look at child objectification in the retail world and how it affects our society and can cause sex crimes such as pedophilia.

Want to share your opinion about this article? At Trusted Clothes, we value your opinions, so don’t be shy. Leave us your comments and questions. We’d love to hear from you!

The Struggle Between Safety & Fair Pay for Wo...
Slow Down: Fast Fashion has Harmful Effects
Ethical Fashion Brands for the Guys
How to shop Ethically in Cambridge
Slavery Made: You’re Wearing It.