Spring is finally here, and for many of us, this means packing away our drab, dark, winter clothing and bringing out our brightly coloured summer clothes. As the seasons change, so do colour trends. Last season, Pantone released its Fashion Color Report for Spring 2016 (a part of its semi-annual colour report curated by a team of colour experts). The ten colours that they anticipate will be present in the collections of many designers, are a mix of new and old hues; for big brands, this will mean a variety of new shades coming to the market. Unfortunately, due to the wider colour range of synthetic dyes (as opposed to natural dyes), this means a significant increase in the use of toxic chemicals in the production of dyes. 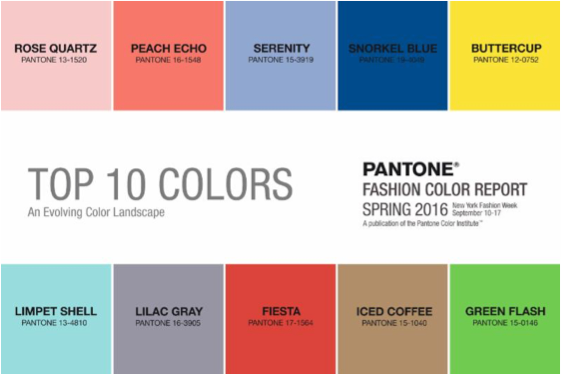 With new shades like “snorkel blue” and “peach echo” that doesn’t normally exist in nature, dye and textile manufacturers will produce these artificial colours using chemicals including:

These chemicals are found in the synthetic dyes that are used for all the spring fashions, so before buying all the new spring fashions, stop to think about the effect the materials you are buying will have on your health. Although these colors all look beautiful it is important to think about what happens behind the clothing rack. These dyes have affects on our bodies, our health and the environment, both the consumer and the production workers. 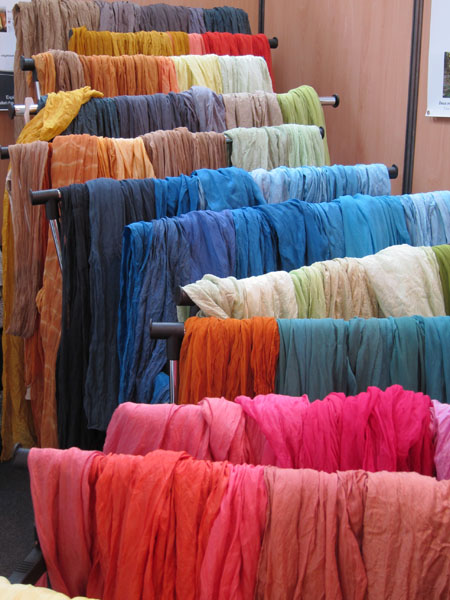 Alternatives exist, however there are pro’s and con’s to every option. Some alternatives are fibre reactive, low impact dyes, organic dyes and mordants. These options require less water as the dyes are more potent and require less rinsing. These options are less toxic  as they contain less metals however tend to be more expensive and petrochemicals are still present, albeit in lesser amounts. Awareness is needed for any further alternatives to exist. It is possible for our clothes to be healthy, we are moving towards this process.

7 thoughts on “Dyes and their effects on your health”