Increasing awareness for social and environmental issues among consumers and companies has lead to strong growth of the organic cotton market over the past decade. India is starting to reap the benefits of cultivating organic cotton and this is starting to reflect in every day life for farmers (they are starting to become more confident in farming and in themselves again). This of course, is nothing but beneficial for everyone involved. We as consumers can look forward to towels, jeans, clothes, bed sheets etc.and be happy knowing it is made ethically.  This journey for India hasn’t been smooth sailing, it has gotten a lot better and significant improvements are seen and are underway. There will be challenges along the way also, but the future looks bright and the farmers of India are starting to get their confidence and hopes back. Let’s look at some of the factors that have been issues along the way. 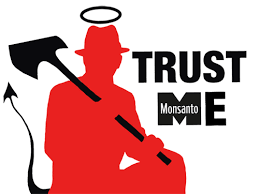 Changes that occurred with Monsanto’s arrival:

Vandana Shiva is a philosopher, Indian scholar, environmental activist and the list goes on. The most impressive thing to me about her is the fact that she goes head to head with a corporation giant like Monsanto and is not afraid to take them on.  Vandana Shiva maintains the thought that farmers were doing very well before big corporations stepped in to “help” farmers. She says with seeds, farmers can do what they do best, cultivate the land. It’s a great thing that someone like Shiva is able to question corporations like Monsanto and raise awareness for the everyday simple farmer. These farmers got so wrapped up in “debt” to this corporation, that they thought the only way out was suicide. This continues today, but thankfully, people like Shiva are making that change.

Fair Trade refers to a social movement that is concerned with giving better prices to the actual producers of products in developing nations across the world. This movement started way back in the 70’s and continues to date. Fast facts about Fair Trade India:

Chetna Organic is working with small and marginal farmers towards improving their livelihood options and making farming a sustainable and profitable occupation. They aim to address agriculture based livelihoods through various interventions. Chetna Organic produces grown without synthetic inputs such as chemical fertilizers and pesticides and the results look great. The basis of organic standards is to

In all of this information, it’s important to know that things aren’t 100% perfect and in reality, not sure if they ever will be 100% perfect. However, it feels good knowing there is hope for people who are trying to make a living (people of India).  It is a powerful thing knowing voices like Vandana Shiva’s are heard and can make a difference. A huge difference! We as consumers can rest assured knowing that we also can make big differences. Buying smart and being aware of fashion (ethically made) are all excellent starting points. I know I myself had been quite skeptical in the beginning, but I now know that educating myself and my family on these practices is a wonderful starting point. Collectively, we can think twice before buying labels that were made with questionable ethics. Our selections are not limited so this is an added bonus.